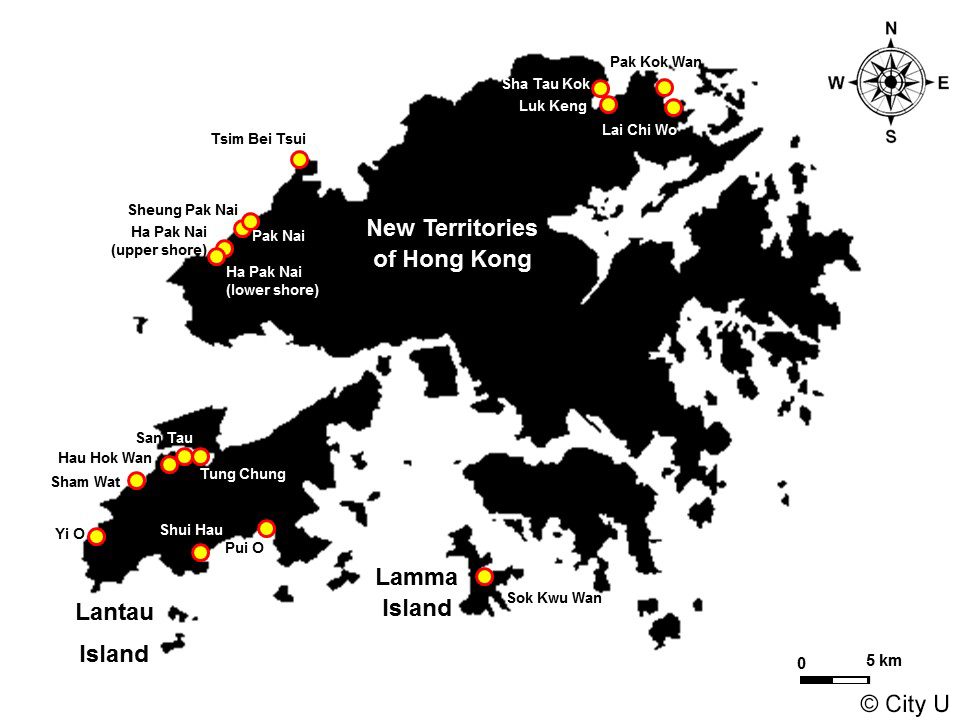 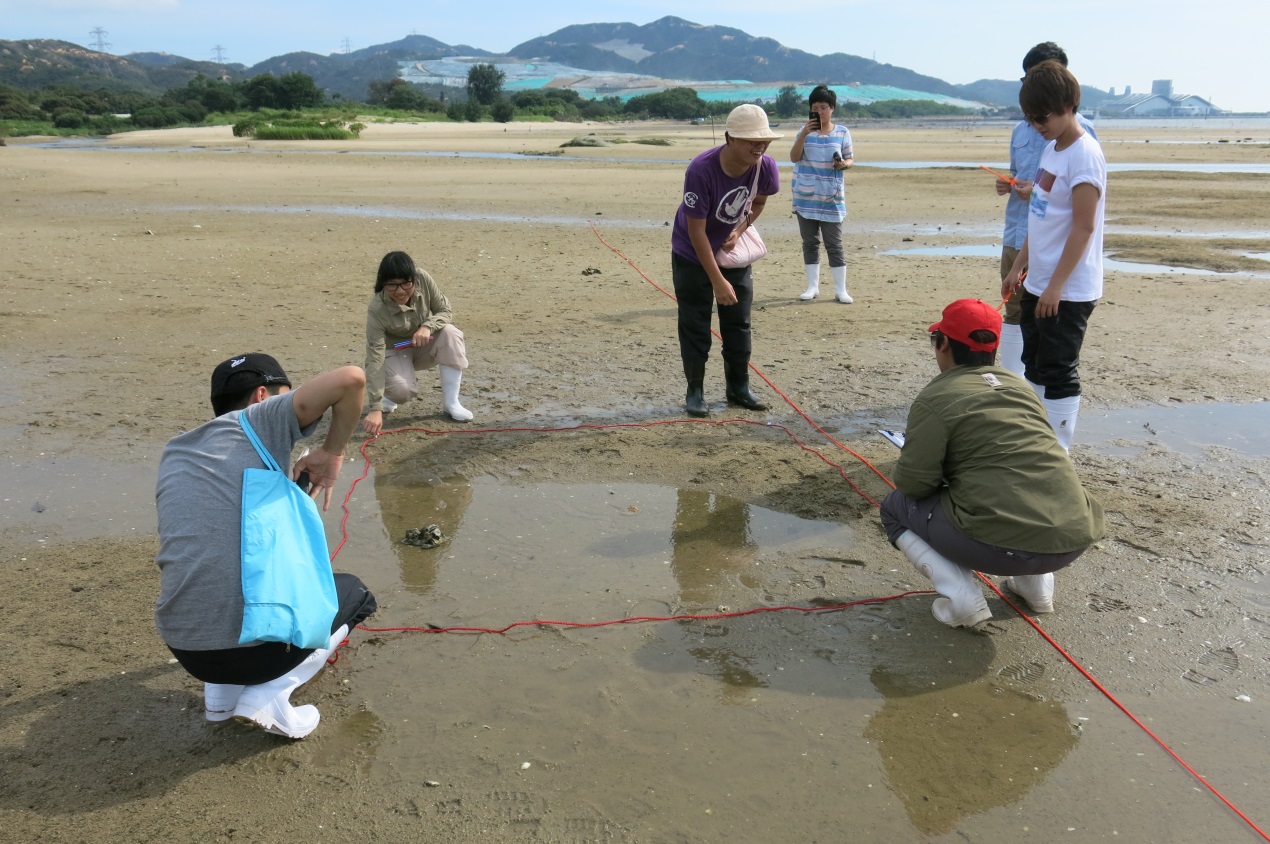 4 horizontal and parallel transects are set equally apart on each shore.  Along each transect, 5 quadrats (8mx8m) are randomly selected. Emerging juveniles along each transect are sampled.  The number of horseshoe crabs, prosomal width, species, water temperature, salinity, pH value and dissolved oxygen are recorded. 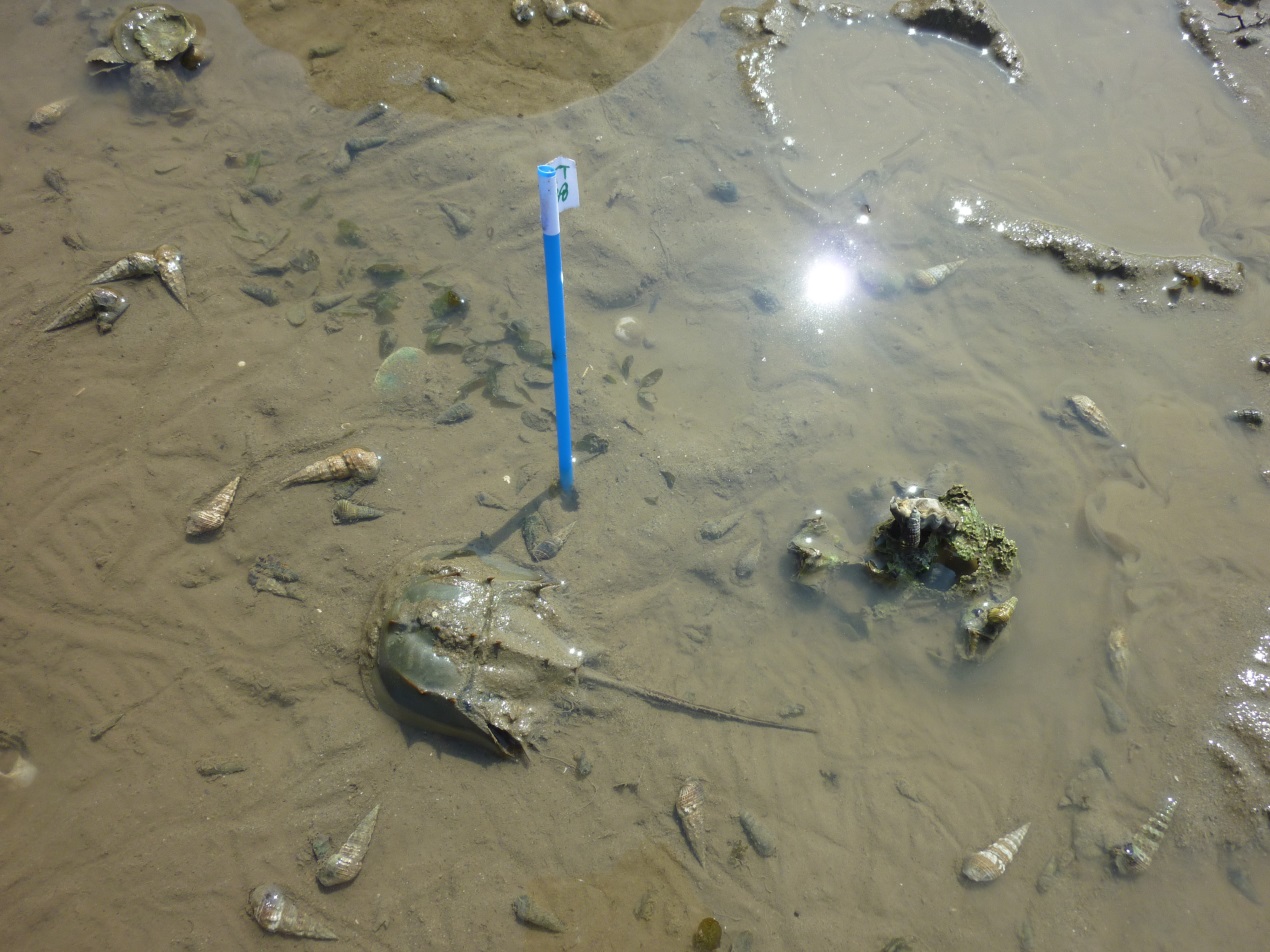 Two trained surveyors are required to walk side-by-side in a fixed 2-meter distance.  The number and species of horseshoe crabs are recorded along the transect.