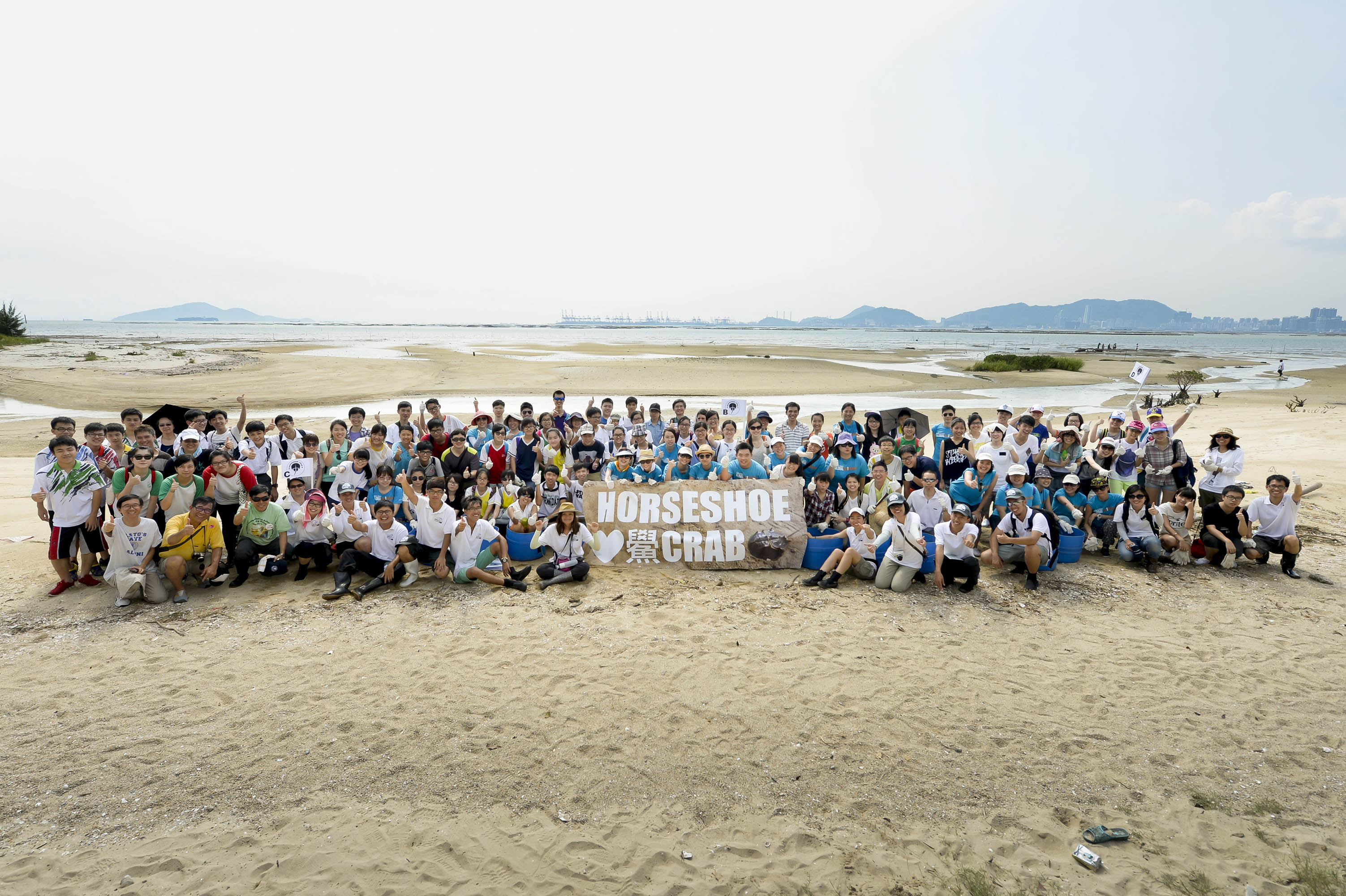 Ocean Park Conservation Foundation, Hong Kong (OPCFHK) has been collaborating with City University of Hong Kong (CityU) to launch the “Juvenile Horseshoe Crab Rearing Programme” since 2009. Up to now, there are more than 2,700 students participated in the programme. With the help of specialists from CityU throughout the programme, participants are able to rear horseshoe crabs, observe and monitor the growth of juveniles and release them to the wild after a year. The programme is dedicated to participating in effective conservation education to young generations, inspiring them to engage in conservation actions, especially horseshoe crab conservation as the programme aims to educate students from the day of rearing to the day of release. Apart from this, schools and colleges have also organised different kinds of promotional events in pursuit of more widespread messages of horseshoe crab conservation. 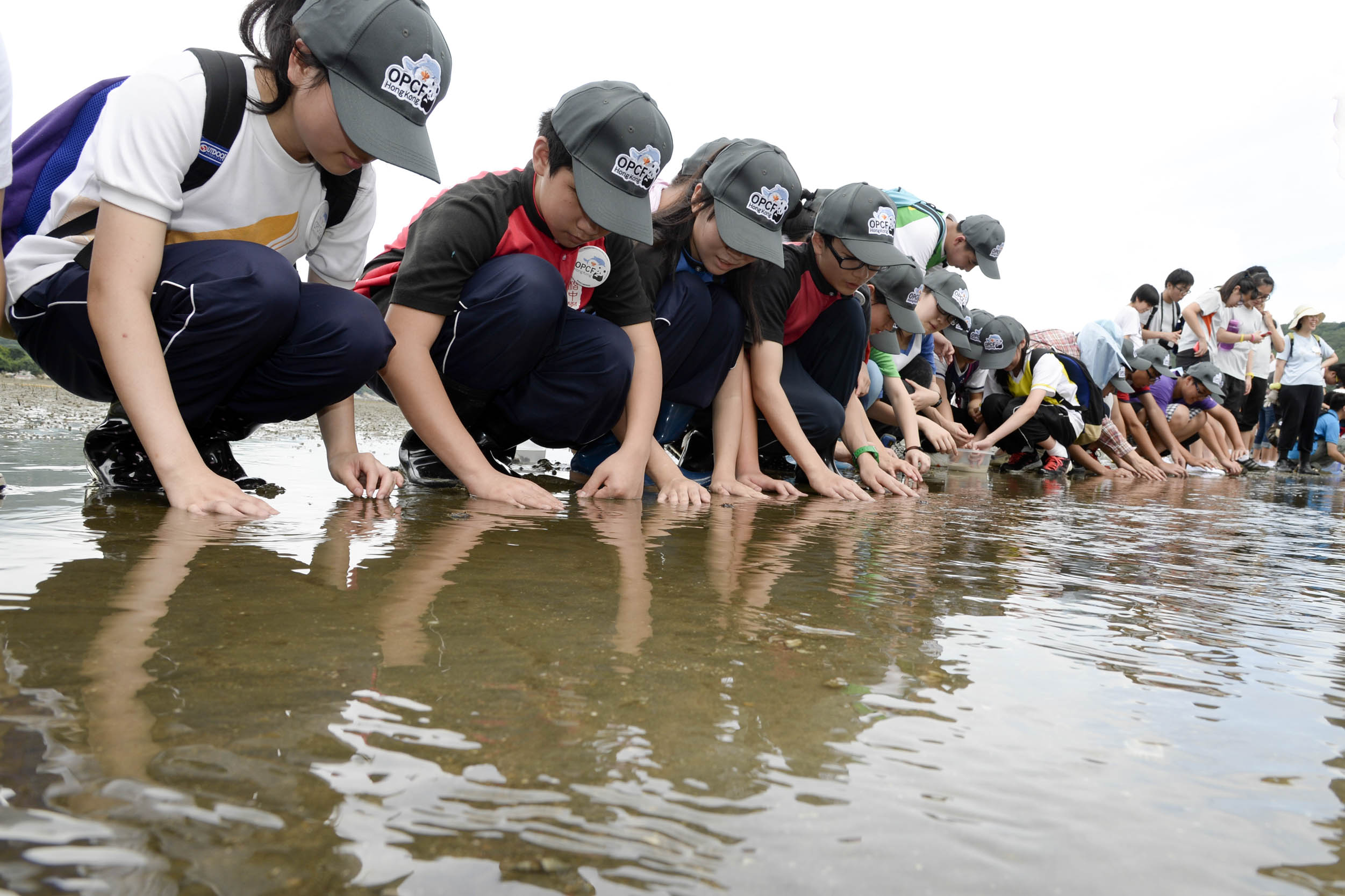 Ha Pak Nai is the natural habitat of the horseshoe crabs. Some of the released juveniles are tagged with microchips which allow us to keep track of its growth and status. 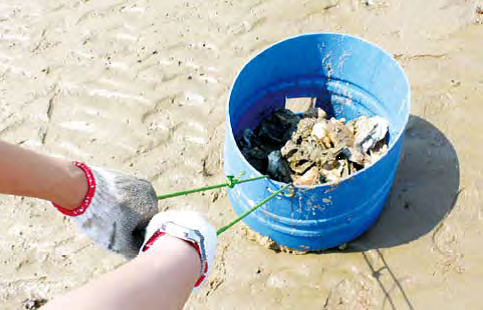 Cleaning up the mudflat allows juvenile horseshoe crabs to grow. 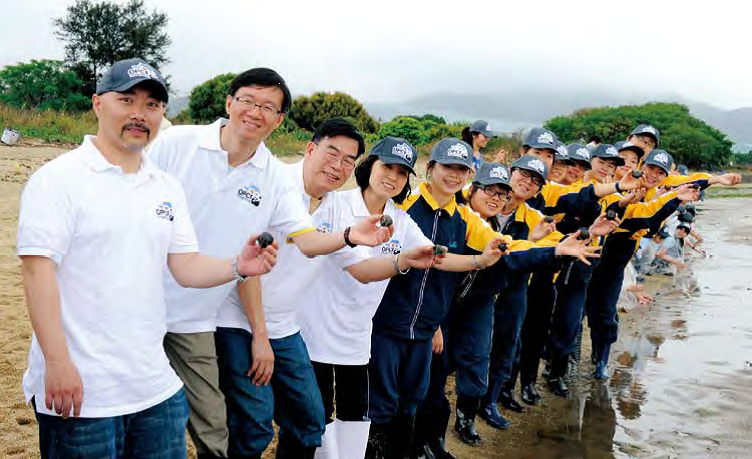 Although it’s hard to say goodbye, students wish their juveniles a better life in their natural habitat.