Since its expansion in 2005, the Ocean Park Conservation Foundation Hong Kong (OPCFHK) has allocated over $98.62 million to fund 536 research projects on cetaceans, giant pandas and many other species. The two themes for 2020/21 include marine conservation and combating illegal trade of threatened species. We also participate in the conservation and research of local freshwater turtles. Whilst continuing the operation of the Cetacean Stranding Response Team in Hong Kong since 2006, the Foundation has extended the Stranding Response Programme to threatened species of sharks and rays in 2016. In 2017, OPCFHK also funded a long term project on multi-species study evaluating the impacts of habitat fragmentation and quality on ranging patterns of threatened wildlife in the Sabah, Malaysian Borneo. Giant panda conservation efforts were extended from infrastructure rebuilding after earthquake to a three-year donation commitment to support scientific research, capacity building, as well as education projects being carried out in Sanjiang field station under Sichuan Wolong National Nature Reserve.

OPCFHK continues to inspire university students to engage in field work as part of its University Student Sponsorship Programme in Wildlife Conservation, and connects secondary school students as well as corporations to horseshoe crab conservation efforts in Hong Kong through the rearing and fostering programme.

In June 2018, OPCFHK also launched the "No Straw Campaign" - a wider and on-going movement to further encourage a reduction in the use of disposable straws and other plastics in Hong Kong, taking a significant step towards helping to safeguard our marine eco-system.

In 2010/11 financial year, a strategic retreat of the Foundation was held to discuss its next five year direction, and confirmed the revised vision and mission:

Vision:
We envision a world where Asian wildlife remains biologically diverse under the stewardship of humans, corporations and governments.

Mission:
We are committed to advocating, facilitating and participating in effective conservation of Asian wildlife, with an emphasis on Chinese white dolphins and giant pandas as well as their habitats. This will be achieved through partnerships, fundraising, research and education.

Good Corporate Governance:
The Foundation believes that good corporate governance will assist the Trustees and Management to pursue objectives that are in the interests of the organisation and the public, lead to better corporate performance and reputation and is essential in attaining long‐term, sustainable growth. While recognising that corporate governance may be affected by many factors, the Foundation believes that the core principles of accountability, transparency and integrity are fundamental to good governance and has, therefore, adopted these as the cornerstone of the Foundation's governance framework. 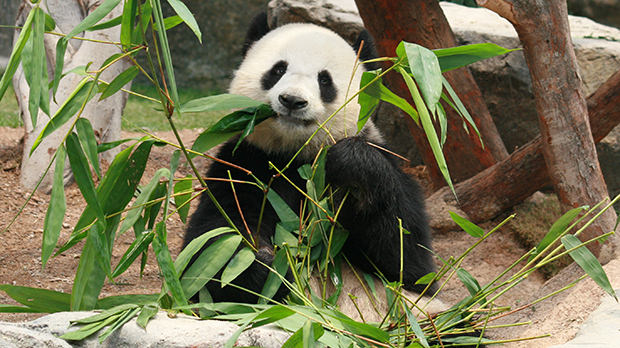 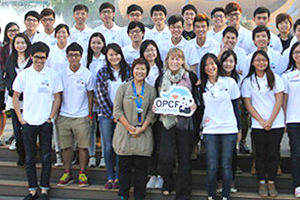