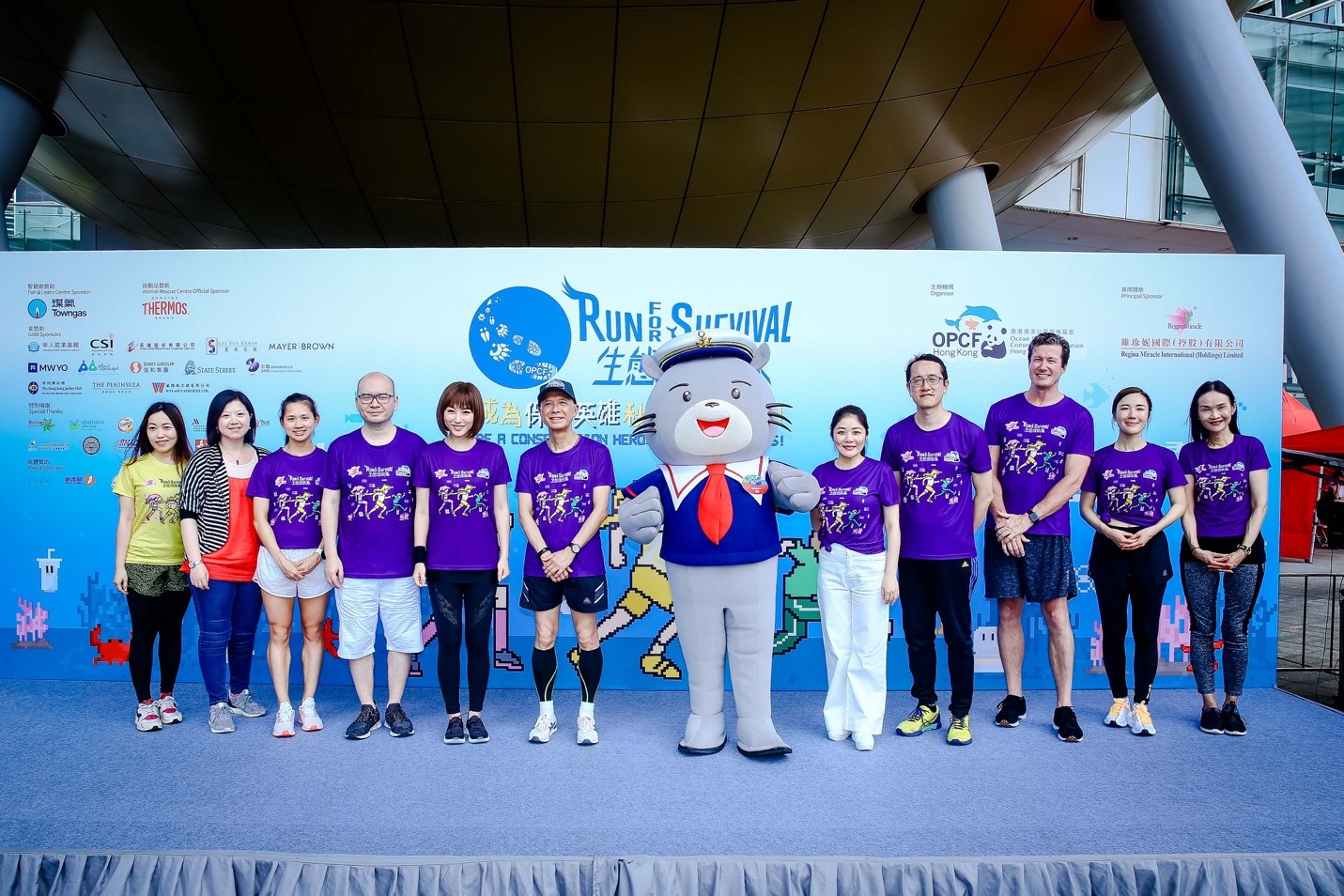 Before setting off, Ms. Crystal Vut, long-distance runner and Hong Kong marathon representative for the 2018 Indonesia Jakarta Asian Games, and Ms. Lily Lee, professional running coach and TV sports programme presenter, took contestants through a series of workouts to brush up their running skills. Ms. Crystal Vut even teamed up with celebrity Ms. Selena Lee and representatives of OPCFHK to form Star Alliance, and hurdled over obstacles and challenging tasks in the 3km Fun Run.

Ms. Judy Chen, Foundation Chair of OPCFHK, said, "Run For Survival" aims to enhance public awareness on the dire threats to wildlife and the marine ecosystem. The new 4 x 2.5km Timed Challenge Relay was added to draw more long-distance runners, corporates, groups and families to take part and play an active role in safeguarding our oceans for the next generation. We are thrilled with our achievements this year and will not rest on our laurels to continue promoting a plastic-free lifestyle through our No Straw Campaign, Ocean Park Conservation Day and education endeavours.”

Mr. Patrick Lai Chuen-chi, Assistant Director (Country & Marine Parks) of the Agriculture, Fisheries and Conservation Department, said, “This event can raise public awareness on conservation and disposable plastics consumption.” He added that the best way to reduce the amount of plastic waste entering our ocean is to cut it off at the source. He also called for actions to join hands to protect our ocean.

OPCFHK’s RUN FOR SURVIVAL charity run is the thematic fun race designed to promote biodiversity and marine conservation, and heighten public awareness on the dire threats on wildlife habitat caused by marine debris. This year’s run featured three categories, including the Individual 10km Timed Challenge, 3km Fun Run and the new Mixed-Gender and Mixed-Age 4 x 2.5km Timed Challenge Relay. Runners are tasked to complete a variety of challenging tasks that simulate the struggles of marine life in surviving a habitat full of marine debris at different checkpoints. These tasks include traversing a rope course and sorting garbage based on the correct recycling bins in the Marine Protected Area, walking on a balance beam to find the equilibrium for a healthy ocean and ecosystem, and guarding the life tag by escaping from “Ocean Killers”. Moreover, a series of pre-race training sessions led by professional running coaches were held to brush up participants’ running skills.

A Fun & Learn Centre was also set up to inspire the public to reduce the devastating impact of plastic waste on the environment and humans. Among the fun games and workshops were rescue missions to “untangle” sea turtles from plastic debris, creative photo opportunities for “Conservation Heroes” to style themselves with up-cycled accessories, and workshops on ways to make eco-friendly clay and natural mosquito brick repellent.