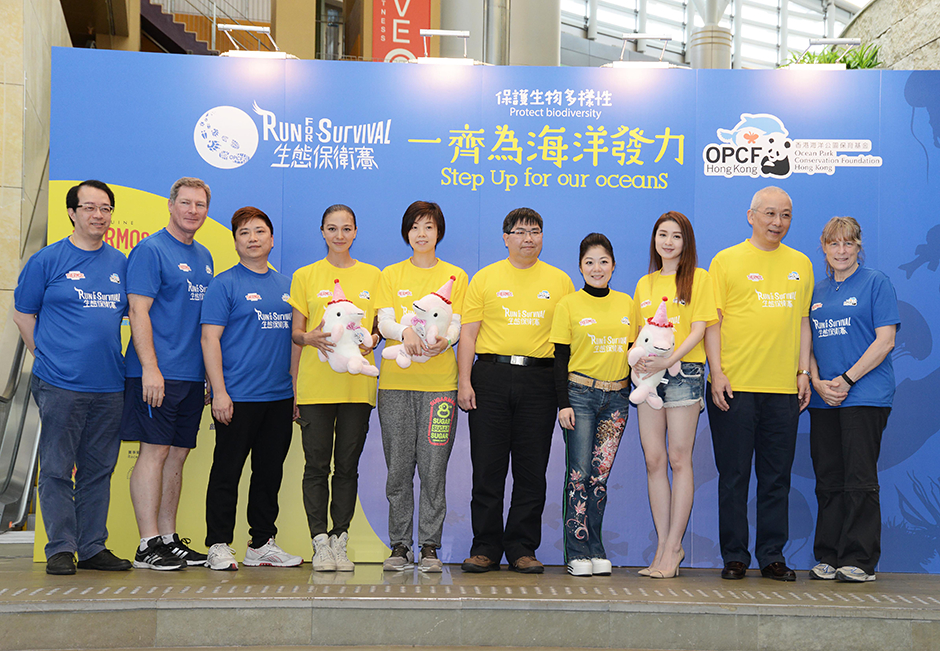 In March 2015, the first-ever charity run “Run For Survival” organised by OPCFHK was hosted in Cyperport with a great success thanks to the devoted support from our title sponsor Thermos, participants and volunteers.

The event was themed around three major marine conservation issues – coastal waste, overfishing and pollution.  Participants either enrol as Marine Animals which must run fast to survive the whole race trying to avoid the obstacles on the way, or pride themselves as the Conservationists who pledged themselves as protectors of our marine friends and defend them from marine debris and threats. They would find themselves facing challenges like pollution, fishing nets, and "Ocean Killers", as they raced for the Marine Reserve 6.6 km away.

Awards and prizes were presented to top competitors in appreciation of their support, including "Super-speed Marine Animal" and "Super-speed Conservationist", "Top Fundraisers" and "Best Dressed".

Recaps of the run